US asks Japan, other countries to aid Somalia 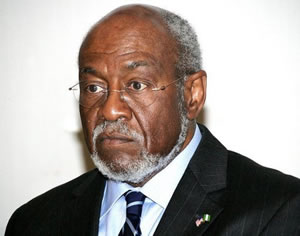 NEW YORK AFP— The United States on Friday urged Japan and other countries in Asia, Europe and the Middle East to contribute funds to Somalia's beleaguered government and the Africa Union peacekeeping force there.Johnnie Carson, the State Department's pointman for Africa, also asked these countries to help neighbors like Kenya, Tanzania, Mauritius and the Seychelles to cover the cost of prosecuting and jailing Somali pirates.Carson, speaking to reporters in a New York hotel, said he personally asked Japanese diplomats he met on the sidelines of the UN General Assembly to make such contributions."I certainly encouraged the Japanese government to think about financial contributions to help (defray) the cost of the countries in the region to handling pirates," Carson said.He said "I also encouraged them to think about making monetary contributions that can be used and directed toward AMISOM and directed toward supporting the TFG," the Transitional Federal Government.AMISOM is the African Union mission in Somalia, a 7,000-strong force made up mostly of Ugandan troops.The United Nations sponsored a mini-summit late Thursday in which participants sought to mobilize both greater and more coherent support for Somalia's government and for AMISOM.The meeting took place as Somalia's Al Qaeda-inspired Shebab militants launched a fresh offensive in Mogadishu, sparking clashes that medics said killed at least 19 civilians.Carson, who is the assistant secretary of state for African affairs, asked the Japanese to consider providing military equipment for the African peacekeeping force."This is something that we are encouraging a number of states in Europe, the Middle East and Asia to look at," he said.He said Saudi Arabia had a stake in helping the countries in the region tackle the problem of Somali pirates who have targeted Saudi supertankers."It is a close neighbor to Somalia and is impacted by what happens in Somalia. They too could make substantial financial and material contributions to this," he said.
Posted by Siad barre at 5:38 PM