On red alert and perilously uninformed 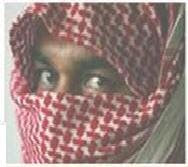 There's a fine line between leveling with the public about security threats and scaring people to death with inflammatory terrorism alerts and warnings. The Obama administration has commendably tried to lower the temperature in its public statements, but in recent weeks, officials may have erred on the side of providing too little information about terrorist threats, especially in Europe.
The Washington area is always in something of a security lockdown. But even so, it was unusual to see officers brandishing automatic weapons at the CIA's entrance in Langley on Tuesday morning. An agency veteran spotted them and wondered aloud, What's up?
CIA spokesman George Little wouldn't talk about specifics, but he offered this general comment: "Security at CIA headquarters takes different forms over time and is always a top priority, whether it's visible or not."
The security puzzle is complicated by sharp warnings issued this month by officials in France, Britain and Germany. It would be good to know whether U.S. officials agree with these foreign assessments of an increased terrorist threat, probably emanating from the tribal areas of Pakistan. I have been asking this question since Friday, but so far, the only comment is this oblique statement from a spokesman at the National Counterterrorism Center: "There's always something out there."
Now, I agree with President Obama's efforts to avoid the Bush administration's mistake of bumping up the threat level whenever it received worrisome intelligence. Still, there's a need to provide good information -- precisely so the public will understand that terrorism is a fact of life in the modern world and not an existential disaster.
For timely public discussion about the current terrorism threat, you must examine statements from other governments, which express growing concern.
"All the lights are red. They are flashing from everywhere," Bernard Squarcini, France's counterterrorism chief, told Le Monde on Saturday. He had warned in a Sept. 10 interview with Journal du Dimanche that the risk of a terrorist attack on French soil has "never been higher" and that "objectively, there are reasons for worry."
Adding to French jitters was an anonymous phone call Sept. 14 warning of an attack on the Eiffel Tower. French police cleared 2,000 people from the area. That same day, a caller warned about a bomb at the big Metro station at Saint-Michel. Both warnings proved to be false alarms.
Concern was also voiced by Joerg Ziercke, the head of Germany's federal crime office, a national police agency. He told Der Tagesspiegel on Sept. 5 that since the beginning of 2009, Germany had noticed a growing number of residents traveling to terrorist camps and that he now classified 131 people in Germany as "potential instigators" He said 70 of them had "completed paramilitary training in terror camps" and 40 had combat experience with the insurgents in Afghanistan.
What are the comparable figures for the United States? Does the FBI know? Do U.S. officials share Ziercke's concern that it's harder to track these militants because of limits on storing telecommunications data?
Jonathan Evans, head of Britain's MI5 security force, warned of rising threats from Yemen and Somalia last Thursday in a speech to the grandly named Worshipful Company of Security Professionals. He noted that "a significant number of U.K. residents" were receiving training from al-Qaeda's Somali affiliate, known as al-Shabab, and that "it is only a matter of time before we see terrorism on our streets inspired by" these Somali recruits.
What does the U.S. government think about these terrorism reports? Are they accurate or overblown? I can't offer any guidance for readers, because officials at the White House and various agencies still wouldn't comment as of late Tuesday. The new threats seem to involve targets in Europe, but U.S. officials are also focused on operations in Yemen to capture or kill militant American-born cleric Anwar al-Aulaqi.
Americans shouldn't obsess constantly about terrorist threats. It's bad for our national psyche. But by the same token, if terrorism becomes an unmentionable subject -- with officials across the government clamming up -- then we're living in another sort of artificial world.
Evans explained to his audience in London why it is important to have a measured, open discussion: "In recent years we appear increasingly to have imported from the American media the assumption that terrorism is 100 percent preventable, and any incident that is not prevented is seen as a culpable government failure. This is a nonsensical way to consider terrorist risk and only plays into the hands of the terrorists themselves." Washington Post
davidignatius@washpost.com
Posted by Siad barre at 9:28 AM