Allah Wants To Get Paid 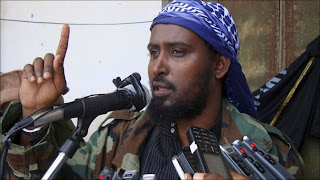 January 18, 2011: Some al Shabaab factions are imposing very restrictive lifestyle rules, as well as economic restrictions. Al Shabaab needs money, and is trying to force the cell phone companies to raise their rates and pay a tax to al Shabaab. Al Shabaab uses extortion to tax whatever they can. Exports from ports must pay a fee to al Shabaab to move their goods (goats and charcoal being big items.) There is also an attempt to switch to the discredited and worthless Somali currency. Kenyan, and other foreign currency, has been used for the last two decades.

Cell phones are very popular, and efforts by some al Shabaab leaders to get them banned, have failed. But restrictions on women have been increased, at least in some of the larger towns. There, women are now banned from shaking hands with, or walking next to, men they are not related to. Women have also been banned from working outside the home. This is very unpopular, as has been the ban on football (soccer) and videos and TV. Al Shabaab has also banned foreign (especially non-Moslem) aid groups in many areas. Most of the aid is provided by Western nations, and paid for by the United States. This ban means food aid does not get in. Rather than starve, a growing number of people are fleeing. Some will die in transit, or when they reach Mogadishu or Kenya (the two main destinations for starving refugees).
Al Shabaab has hit a wall in Mogadishu, as more peacekeepers arrive, along with more TNG (Transitional National Government) soldiers and police (sent to nearby nations for training by Western instructors). The major problem with the TNG security forces is leadership. Those in charge of managing the payroll and supplies for these forces continue to steal the money, and leave the troops unpaid and unsupplied. The thieving officials are constantly coming up with new ways to steal the money without attracting attention from the troops or the donor nations. Al Shabaab is held together by a few hundred armed religious fanatics. Al Shabaab offers a great deal for a young guy. You get a gun (if you don't already have one) and lots of power. Al Shabaab will get you a wife. Except in Mogadishu, you won't be fighting anyone who is likely to kill you. The AU peacekeepers are lethal, however, and al Shabaab is having problems getting more of its gunmen to move to Mogadishu and join the fight there.
January 8, 2011: In 2010, Somali pirates seized 49 ships (and 1,016 crew). Eight crew were killed during these captures. At the end of the year, 28 ships and 638 crew were still held. Because the anti-piracy patrol rarely kills or prosecutes captured pirates (for legal and public relations reasons), there is no real risk to being a pirate. Pirate gang leaders feed and equip men to go to sea, often in mother ships with hostages aboard (to avoid attack by warships while fleeing). The much larger number of mother ships out there has overwhelmed the anti-piracy patrol, and gone after ships much farther away (to within a few hundred kilometers of the Indian coast.) If one of these low cost pirates tales part in a successful capture (resulting in a ransom), they often receive only $10,000. But that's a fortune for these guys. The million or more dollars remaining goes to the pirate gang leaders, his associates, and the middle-men in Gulf states like the UAE, who actually negotiate the ransom and arrange the delivery of millions of dollars in cash.
Posted by Siad barre at 5:05 PM