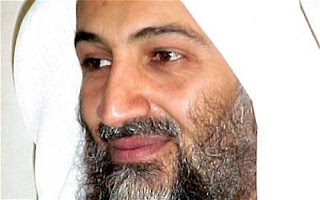 Osama bin Laden has released a new audiotape warning that French hostages will be killed if President Nicolas Sarkozy does not withdraw forces from Afghanistan.

France is believed to have eight of its nationals held by Islamist radicals in various parts of the world, including five in Niger, two in Afghanistan and one in Somalia.
Two more Frenchmen, Antoine de Leocour and Vincent Delory, were killed in Niger earlier this month, probably by their captors, during an attempt to rescue them.
Mr de Leocour worked for a non-governmental organisation in the country and Mr Delory, a childhood friend, had flown in to be best man at his wedding.
In the new tape, a voice believed to be that of Bin Laden says: "President Nicolas Sarkozy's refusal to remove his forces from Afghanistan is nothing but a green light for killing the French hostages.
"But we will not do this at a timing that suits him."
Related ArticlesThe rise in militancy in north and west Africa has been one of the greatest concerns of western analysts in the last five years.Al-Qaeda in the Magreb has staged a number of kidnappings in and around the western Sahara, even as the threat of militancy has died away in Algeria, once the scene of a vicious civil war between government and Islamist forces.
Although Tunisia has until now been praised for its 'westernisation', which involved banning Islamist parties, the new government that took power after last week's revolution faces the dilemma of whether to allow moderate Islamic parties to take part in the new political process.
Mr Sarkozy has promised to take a tough line with terror threats, even as his government has aroused the wrath of Islamic groups by perceived anti-Muslim measures such as banning the face-veil for women.In the tape, played on al-Jazeera television, Bin Laden says" "With its debt and budget deficit France does not need new fronts."
Two French television journalists, Stephane Taponier and Herve Ghesquiere, have been held in Afghanistan with three local colleagues since 2009 and there have been previous threats to kill them. However, a new video showing them still alive was released in November.
A French foreign ministry spokesman said the country was determined to keep its troops in Afghanistan. "We are determined to pursue our action in favour of the Afghan people with our allies," a spokesman said. Telegraph