The case for mercenaries in Somalia 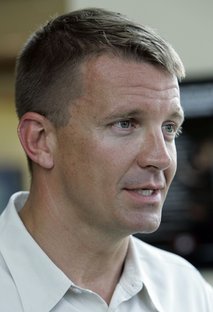 IN 1969, as a member of the presidential commission appointed to consider replacing the draft with an all-volunteer military, the great economist Milton Friedman had a famous exchange with General William Westmoreland, the US commander in Vietnam. Westmoreland strongly supported the draft, and told the commission that he didn’t want to command an army of mercenaries.
“General,’’ Friedman interrupted, “would you rather command an army of slaves?’’ Replied Westmoreland indignantly, “I don’t like to hear our patriotic draftees referred to as slaves.’’ Friedman shot back: “I don’t like to hear our patriotic volunteers referred to as mercenaries.’’
The economist pressed his point. “If they are mercenaries,’’ he told Westmoreland, “then I, sir, am a mercenary professor, and you, sir, are a mercenary general; we are served by mercenary physicians, we use a mercenary lawyer, and we get our meat from a mercenary butcher.’’
What brings that colloquy to mind is a report in the New York Times that the government of Somalia is being urged to hire Saracen International, “a controversial South African mercenary firm,’’ to protect Somali officials and help fight pirates and Islamic militants. Erik Prince, the former US Navy SEAL who created Blackwater Worldwide, another private military firm, has been involved in brokering the arrangement. The story was headlined “Blackwater Founder Said to Back Mercenaries,’’ and its disapproving tone was hard to miss.
That negative publicity may have undone the deal. The Times subsequently reported that Somali authorities “have cooled to the idea’’ of hiring private militiamen. “We need help,’’ a government official was quoted as saying, “but we don’t want mercenaries.’’
Somalia certainly does need help. It is one of the world’s most unstable and violent countries. It has been wracked for years by bloody insurgencies, and the central government, what there is of it, is under constant assault by al-Shabab, a lethal Islamist movement closely tied to Al Qaeda. Pirates plying the waters off Somalia’s shores menace international shipping.
The place is a hellhole, and each day that it remains one is another day of death and devastation for more innocent victims. Who is going to help them? The 8,000 peacekeeping troops sent in by the UN are inadequate to the job. “Western militaries have long feared to tread’’ there, as even the Times acknowledges. So why shouldn’t the Somali government turn to private militias for the help it so desperately needs?
It is fashionable to disparage mercenaries as thugs for hire, but private-sector warriors are as old as combat itself. Americans may dimly remember learning about the Hessian mercenaries who fought for the British during the American Revolution, but other mercenaries fought for American independence. Military historian Max Boot points out that many mercenaries have been heroes of American history. Among them are John Paul Jones, who became an admiral in the Russian Navy; the Pinkerton security firm, which during the Civil War supplied intelligence to the Union and personal protection for Abraham Lincoln; the Lafayette Escadrille, a squadron of American airmen who fought for France in World War I; and the Montagnards, the indigenous tribesmen who fought alongside American soldiers during the war in Vietnam.
Given such honorable examples, asks Boot, why should it be difficult “to imagine that mercenaries today could be equally useful?’’ He has long advocated hiring mercenaries to end the terror and genocide in Darfur. Several firms have offered their services, but so far no government, international organization, or philanthropist has shown any interest.
This is not an abstract argument. When Rwanda erupted in mass-murder in 1994, the private military firm Executive Outcomes offered to stop the slaughter for $150 million, Newsweek reported in 2003. The Clinton administration turned down the offer. In the ensuing carnage, some 800,000 Rwandans were killed.
In 1995, by contrast, the government of Sierra Leone hired Executive Outcomes to put down a savage rebellion by the brutal Revolutionary United Front. Before long the company had quelled the uprising and driven the rebels out. It may not be politically correct to suggest letting mercenaries deal with humanitarian nightmares like Somalia and Darfur. But political correctness doesn’t save lives. Sending in mercenaries would.
Jeff Jacoby
Posted by Siad barre at 4:48 PM