Justice According to Al-Shabaab 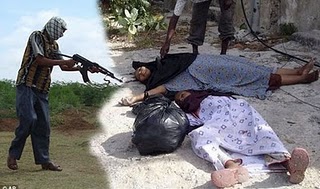 Mogadishu — When the punishment, 100 whip lashes, was postponed because she was pregnant Ms Anab Mussa thought she was the luckiest woman in the world. She had misread the Al-Shabaab-backed court.