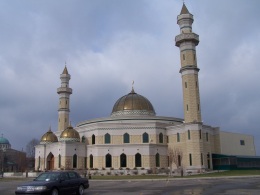 A 63-year-old man arrested with illegal fireworks outside a Detroit-area mosque reportedly threatened to do harm to a mosque ahead of his arrest, news reports indicate.Roger Stockham of California remained in custody Sunday after being arrested last Monday outside Dearborn's Islamic Center of America, one of the country's largest mosques.Stockham was arraigned Wednesday on charges of false report or threat of terrorism and possession of bombs with unlawful intent. He faces 15 years for the explosives charge and 20 years for the threat charge.

Dawud Walid, head of the Michigan branch of the Council on American-Islamic Relations (CAIR), told the Detroit News the investigation began when Stockham was allegedly overheard at a Detroit bar saying he planned to do damage to a mosque in Dearborn.Dearborn police fanned out around the city's mosques, finding Stockman in his car outside the Islamic Center of America, where police say he was in possession of "class C explosives" -- evidently a cache of illegal fireworks. more 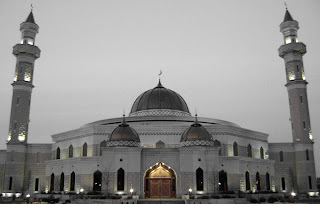 This Michigan mosque is a beautiful testament to the religious tolerance of America!