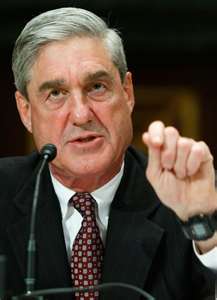 The Director of the FBI testified to the House Judiciary Committee today. I've posted the entire statement below the fold, but here are the money quotes: Terrorism, in general, and al Qaeda and its affiliates in particular, continue to present the most significant threat to our national security. As we have seen in recent months, al Qaeda and its affiliates remain committed to conducting attacks inside the United States, and they constantly develop new tactics and techniques to penetrate our security measures...
We also confront the increasing use of the Internet for spreading extremist propaganda and for terrorist recruiting, training, and planning. Consider the impact of someone like Anwar Aulaqi—the Yemeni-based extremist. Fifteen years ago, Aulaqi’s means of communication were limited. Today, on the Internet, he has unlimited reach to individuals around the world, including those here at home.
In the past 10 years, al Qaeda’s online presence has become just as detrimental as its physical presence. As noted above, extremists are not limiting their use of the Internet to recruitment or radicalization; they are using it to incite terrorism. Thousands of extremist websites promote violence to an online worldwide audience predisposed to the extremist message. They are posting videos on how to build backpack bombs and bio-weapons. They are using social networking to link terrorist plotters and those seeking to carry out these plans
Liberals and others in denial about Rep. King's hearings on radicalization should stop reading at this point:
Along with traditional international terrorist groups, homegrown terrorists as well as domestic terrorist groups also pose a serious, rapidly evolving threat. There is no typical profile of a homegrown terrorist; their experiences and motivating factors vary widely.
FYI: we categorize "homegrown terrorists" as Americans who have been "radicalized" in such a way that they are inspired by an international terrorist organization. In this context, Mueller was talking about radicalized Muslims. Exactly what Rep. King was warning us about.
Don't believe me? The next two paragraphs:
In December, an FBI sting led to the arrest of a 21-year-old man for an alleged plot to bomb a military recruiting center in Catonsville, Maryland. Last November, an FBI sting operation resulted in the arrest of a 19-year-old Somali American student who allegedly attempted to detonate what he believed was a car bomb during a Christmas-tree lighting ceremony in Portland, Oregon. And last October, the FBI arrested a Pakistani American named Farooque Ahmed, who allegedly plotted to bomb subway stations in the Washington, D.C., Metro system.
The FBI also continues to see the phenomenon of American citizens who become radicalized and then travel overseas to take up arms with terrorist groups. A recent example is Zachary Chesser [see pic above], a Virginia man arrested last July while attempting to travel to Somalia, where he intended to join the terrorist organization al Shaabab as a foreign fighter. Last month he received a 25-year prison sentence. Another example is the "D.C. Five," a group of five young American men originally from Northern Virginia who traveled to Pakistan in late 2009. They were sentenced last June in Pakistan to 10 years in prison on terrorism-related charges. These cases raise the question whether other such young men will one day return home to the United States, and, if so, what they might undertake here. (...)
Posted by Unknown at 7:23 AM