Trump on the Somali Pirates: "I Would Wipe Them Off the Face of the Earth." Donald Trump 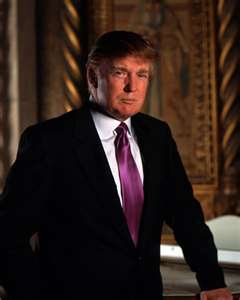 If we had real leadership in the Oval Office currently, there’s no way Somali pirates would be hijacking American vessels or murdering American citizens—the limbs of those high-seas thugs would be floating around Indian Ocean by now.And that’s exactly how Donald Trump wants to solve the piracy problem: Total annihilation. “Give me one good admiral and a few ships, and I will wipe them out so fast,” he told HUMAN EVENTS.  “Can you believe that these guys are taking tankers that are a thousand feet long and cost hundreds of millions of dollars, and just taking them with rowboats?  It’s hard to believe.  One good admiral, that’s all I want.”“It’s a total lack of respect for this country.”k of respect for this country.”Aside from blasting Somali pirates to smithereens, Trump also said that he’s agnostic about unionizing and collective bargaining. “I grew up with unions.  New York is largely union.  ... I’ve had great relationships with unions, and I’ve made good deals.  I’ve made a lot of money.  I’ve made many billions of dollars, and in many cases, I’ve been dealing with unions.  So, really, collective bargaining doesn’t bother me so much.” While unions don’t catch The Donald’s ire, he called Wisconsin Gov. Scott Walker a “tough guy,” adding that “we need tough people in government” because otherwise “we’re going to go the way of Greece and Spain and so many other countries seem to be going.”
Posted by Unknown at 7:30 AM