How Somalia slowly disintegrated into small pieces of troubled nations 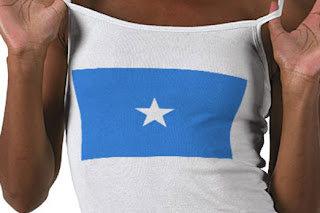 One of the most enigmatic countries in the world is what used to be the Republic of Somalia, a country that is not a state.

Its disintegration allows pirates and warlords to thrive in the midst of chaos given its strategic location as the southern gateway between the Red Sea and the Indian Ocean.Somalia attracts attention because of a myth that all the people in it are homogeneously Somali. Within the myth are hidden realities that became pronounced with the disintegration of the Somali state.In the late 19th Century and early 20th Century, being Somali became distinct. This was in connection with two developments relating to the scramble for Africa. The growing presence of the Italians, French, and English coupled with Ethiopia’s ability to ward off the Europeans, especially after defeating the Italians at Adowa in 1896, led to various treaties partitioning the Horn of Africa. The territories were then labelled Italian, French, or British “Somaliland” and thereby helped to promote a sense of Somali identity associated with the land taken by Europeans.

This sense of Somali identity was solidified by the rise of Sayyid Mohammed Abdullah Hassan, a religious leader in British Somaliland, who advanced a sense of anti-foreign Somali unity. Worried that the Somali were losing clan identities and Islamic faith to Europeans and Christians, in 1899 Hassan called for a Somali jihad, appealed for Somali unity, declared anyone who defied his call to be a kaffir, (unbeliever) and recruited an army of Dervishes, or religious soldiers, to fight foreigners. The British declared him a “Mad Mullah” and defeated his “state” only after World War I in 1920.The idea of Somali unity planted by Hassan was revived and expanded by the Italians and the British. Except for Djibouti, the English controlled the entire Horn of Africa, after expelling the Italians from Ethiopia in 1941, and therefore could think of rearranging the map to their preferences. In 1946, British Foreign Secretary Ernest Bevin proposed creating a “Greater Somalia” that would include Italian Somaliland, British Somaliland, and the Ogaden and the Haud regions of Ethiopia; Ethiopia rejected the idea. Due to Cold War exigencies, Italy was allowed to regain its colony as a United Nations trustee over Somalia for 10 years, to prepare it for independence.

Preparation for independence enabled the Somali Youth League to flourish. The British had initially encouraged the formation as the Somali Youth Club in 1943 which metamorphosed into Somali Youth League and then systematically embraced Bevin’s Greater Somalia idea. In 1960, Britain released its “Somaliland” to unite with Italian Somaliland and create one country under the Somali Youth League.
The new rulers then attempted to expand the Greater Somaliland idea and adopted an elastic concept of state. Going beyond Bevin’s plan, they tried to incorporate French Somaliland and parts of Kenya, in addition to parts of Ethiopia. They adopted a five star flag to symbolise the dream of Somali territorial elasticity that would take parts of Kenya, Ethiopia, and Djibouti. Their demand for rearrangement of colonial boundaries became a unifying ideology that helped to create, instil, and perpetuate a sense of Somali homogeneity. All the “Somali” thus were to become part of an elastic state, not confined to Italian and British Somaliland. That is why, in promoting a sense of homogeneity, the Somali are often placed in groups of clans that often ignore other peoples.

Thus, the new state needed to cover up glaring differences arising out of competing pre-colonial and colonial experiences. It required creation of “enemies” around whom the Somali could rally, and the concept of Greater Somalia in an elastic state served the purpose. That way, differences were temporarily submerged.

Although successive Somali governments tried to apply the notion of greater Somalia, to cover up internal divisions, they ultimately failed. This then explains the collapse of the 1960 Somali state. The symbol of that Somali contradiction between dreams of external grandeur and internal weakness was Mohammed Siad Barre who grabbed power in 1969. Pushing Pan-Somalism, he authorised the creation of the Somali alphabet in 1972. He declared himself a Marxist in order to obtain Soviet assistance and then tried to “liberate” the Ogaden in 1977 and ultimately failed. This marked the death of his grandeur dream.
The failure made Siad Barre turn inward in terms of repression and he destroyed the very sense of Somali unity he had tried to promote by invading Ogaden. This gave rise to various militants opposing his regime, who forgot talks of Somalia unity, and stressed being Isaaq, Doorod, Hawiye, the Dir, the Digil and the Rahanwiin. Each tried to declare independence or autonomy with those in former British Somaliland, like the Isaaq, particularly miffed in their belief that they had been cheated at independence. The notion of Somali homogeneity was undermined as Somalia fragmented into warring entities. By the time of Barre’s ouster in 1991, the idea of Somali homogeneity had been undermined, Somalia was fragmenting into warring pieces that wanted autonomy or independence.

Few of the Somali factions, if any, are willing or able to reinstate a viable Somali state, partly because it is not in their perceived interests. The Federal Transitional Government in Mogadishu is ineffective and at the mercy of various vigilante groups. The former British Somaliland has mothered Somaliland, often at loggerheads with each other over boundaries even as they offer a safe haven to pirates in a belief that piracy safeguards Somali interests against fish thieves and waste mongers.A fragmented Somali also has geo-strategic value to international actors. There are tuna pirates from other continents who, free to take all the fish they can along the Somali coast, without being questioned, do not want stability. Next are the toxic waste mongers who need dumping places, where no respectable authority can raise questions, for such things as nuclear waste. Close to them are criminal syndicates laundering money and drugs without being checked.
Terror and anti-terror organs also use the area for experiments and testing of strategies before applying them in more organised zones. All these international entities would not want to see stability in Somalia.
In1960, the then new government attempted to create a sense of Somali homogeneity. This was by expanding the concept of greater Somalia. This collided directly with other states, such as Ethiopia and Kenya, which rejected territorial elasticity. The failure of the Greater Somalia ideology removed the mask of homogeneity. This led to the collapse of the Somali state. Somalia remains a country and not a state, a conundrum.

-The Writer is a Professor of History and International Relations, United States International
The Strategic Challenge of Somalia's Al-Shabaab
War without Mercy the terror and violence in Somalia
An Islamic Dark Age Looms in Somalia
'Somalia is in the hands of al-Qaeda' Peacekeeper tank destroyed in Somalia
The Most Dysfunctional Area On The Planet
Posted by Siad barre at 5:52 PM