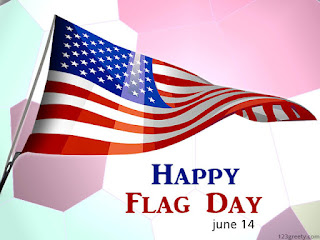 The History Of Flag Day

I Pledge Allegiance to the flag of the United States of America and to the Republic for which it stands,

one Nation under God, indivisible, with liberty and justice for all.
Inspired by these three decades of state and local celebrations, Flag Day - the anniversary of the Flag Resolution of 1777 - was officially established by the Proclamation of President Woodrow Wilson on May 30th, 1916. While Flag Day was celebrated in various communities for years after Wilson's proclamation, it was not until August 3rd, 1949, that President Truman signed an Act of Congress designating June 14th of each year as National Flag Day.

I observe this everyday as most others, I believe, do too.


God Bless America and those who protect her!