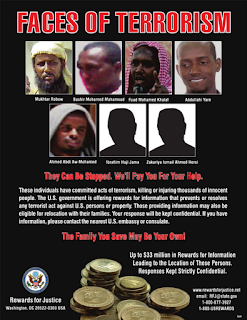 The Rewards for Justice program has created a poster listing the seven senior Shabaab leaders who were added to the wanted list on June 7. The poster [below], which was obtained by The Long War Journal, is titled "Faces of Terrorism" and contains pictures of five of the seven wanted Shabaab leaders: Ahmed Abdi Aw Mohamed (a.k.a. Sheikh Mukhtar Abu Zubayr and Godane), Sheikh Abu Mukhtar Robow, Bashir Mohamed Mahamoud, Sheikh Fuad Mohamed Khalaf, and Abdullahi Yare.Two of the wanted leaders, Ibrahim Haji Jama and Sheikh Hassan "Turki" Abdullahi Hersi (a.k.a. Zakariya Ismail Ahmed Hersi), are not pictured as images of them are not available.Shabaab officially merged with al Qaeda in February, but had been working closely with the terror group for years. The two terror groups intentionally obscured their ties at the behest of Osama bin Laden.
For more information on the Shabaab leaders, see LWJ report, 7 Shabaab leaders added to Rewards for Justice most wanted list. 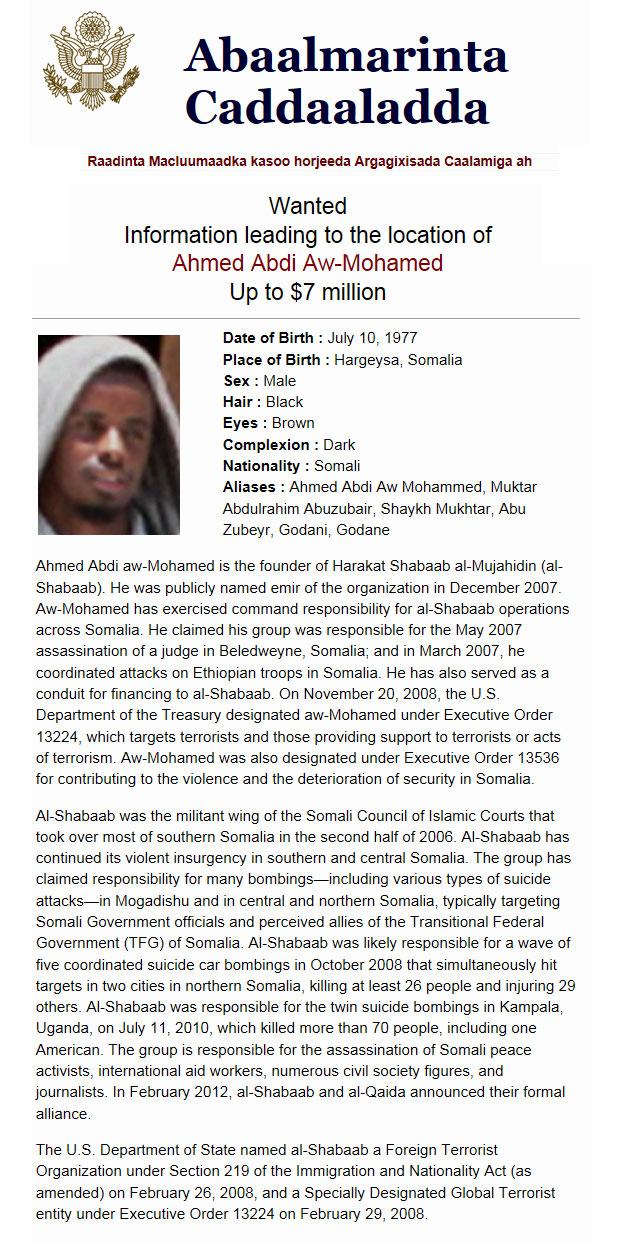