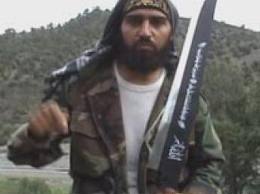 Pakistani officials said Thursday that a French Al-Qaeda militant linked to the 9/11 attacks was probably heading to Somalia when he was captured near the Iranian border.Naamen Meziche was detained in May after disclosures by Younis al-Mauritani, captured in Pakistan last year and apparently tasked by Osama bin Laden to plot attacks on Australia, Europe and the US."Meziche was probably on his way to Somalia when he was caught," one Pakistani security official told AFP on condition of anonymity because he was not authorised to speak to the media.The official said it was difficult to know exactly what route Meziche was taking on the day of his arrest.Western experts said he had been en route to Pakistan's semi-autonomous tribal belt on the Afghan border, a stronghold of Al-Qaeda and the Taliban.But another security source suggested he was in transit from Iran, en route to Somalia."Recently lots of Al-Qaeda people left Pakistan to move to Yemen or Somalia. The tribal belt is a very important place for jihadis on their way, because there they can get the support, logistics and contacts to move on," the source told AFP.Pakistani agents are interrogating Meziche and information has been shared with American, French and German intelligence agencies, the first security official said."Eventually he will be deported to France," he added.The arrest came with Islamabad under huge US pressure to do more to eliminate the threat from Al-Qaeda and other Islamist militants sheltering on its soil.Pakistani-US relations have been in freefall since Navy SEALs killed bin Laden in Pakistan in May 2011.Born in 1970 and of Algerian descent, security sources say Meziche is an "important" Al-Qaeda figure in Europe who was linked to the 9/11 attacks as a member of the Hamburg cell that the US says masterminded the 2001 hijackings.He reportedly recruited jihadists at a notorious mosque in the northern German city, which authorities closed in 2010 for breeding fanatics.
Three of the 9/11 hijackers, including their ringleader Mohammed Atta, who piloted the first plane into New York's World Trade Center, met regularly at the mosque before moving to the United States.
Posted by Unknown at 7:17 PM