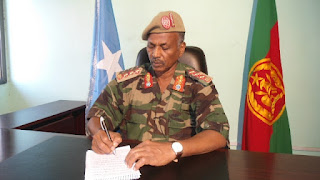 
(NEW YORK) -- The Somali government and Somali observers say the new $33 million U.S. bounty on the heads of seven al Shabaab leaders may be just what is needed to help crush the al Qaeda affiliate, which is already reeling from military assaults on all sides and from the air.

"The announcement from the U.S. government . . . will certainly help the Somali government's efforts to end al Qaeda's reign of terror in Somalia," said Somalia's transitional government in a statement Thursday. "This is an important juncture in Somali history, where the possibility of full recovery from years of chaos is within reach."

Through its Rewards for Justice program, the State Department this week offered $7 million for information leading to the capture of al-Shabaab founder and commander Ahmed Abdi Aw-Mohamed, AKA Godane or Mukhtar Abu Zubeir, $5 million apiece for four other Shabaab leaders and $3 million a head for two more. By comparison, the U.S. had offered only $1 million for Abu Yahya al-Libi, who was killed in a U.S. strike in Pakistan on Monday and was described by U.S. officials as a bin Laden confidante and al Qaeda's second-in-command.

The $33 million in Shabaab bounties comes as the al Qaeda affiliate, which once controlled large swathes of Somalia, is being squeezed into a smaller and smaller pocket of the country by multiple armies. Somali government forces are pushing on one side, while Ethiopian, Kenyan and African Union troops are pushing on other fronts and the U.S. launches drone strikes from the air.

In May, the Somali Army, supported by Burundian troops from the African Union Mission in Somalia (AMISOM) took control of some of al Shabaab last remaining strongholds in the Afgoi Corridor. AMISOM and Somali troops have been pushing Shabaab out of the capital city of Mogadishu since last August. Shabaab announced that they had abandoned Mogadishu but continued to use guerilla and terror attacks, including an attack on a Mogadishu theater in April that killed top sports officials but spared the Somali prime minister.

Professor Yahye Sheik Amir, dean of economics at Mogadishu University, said the new bounties would make Shabaab's already furtive leadership even more "unlikely to appear in public gatherings and mosques," though some of those named by the State Department had once made public appearances.

"They don't have a big space to hide since they are losing territory," said Prof. Amir, "and this reduces their ability to work within the group." Amir also said the Shabaab leaders were likely to become distrustful of "everyone, suspecting their guards, relatives and wives."

Local residents also welcomed the rewards. Said Mohamed Awale, an engineer, "[Shabaab] is running short of funds and losing territories. They have nothing to defend themselves with and will possibly be caught." The Somali government took particular note of the U.S. offer of $7 million for information leading to the capture of al-Shabaab founder Godane.

"As the leader of terror," said the statement, "Godane is responsible for the killing of innocent civilians across Somalia, including series of terror attacks that al-Shabaab operated in neighboring countries." Analysts also believe that three men for whom the U.S. offered $5 million a head, Fuad Mohamed Khalaf, Mukhtra Robow and Bashir Mohamed Mohamoud, were integral to the group's operations and that forcing them into hiding could cripple Shabaab's ability to act.   Via - ABC
Posted by Unknown at 12:05 AM