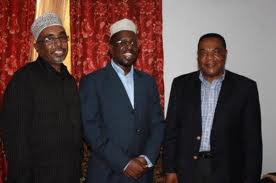 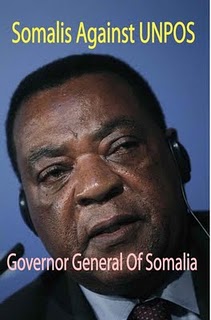 Six African nations are in the top 10 of an annual failed-state index, including Somalia, which heads the list for the fifth straight year after continued struggles with lawlessness and piracy.

The group’s eighth annual list, which ranks instability risks of 177 nations based on 12 social, economic and political indicators, was published Monday by Foreign Policy magazine. Nations ranking high on the list aren’t necessarily failed states, but are facing enormous pressure stemming from factors such as uneven development, economic decline and human-rights issues, according to Fund for Peace.

Foreign Policy magazine notes that Somalia's capital, Mogadishu, is enjoying a period of relative peace. CNN has reported that African Union troops last year pushed Al-Shabaab, an Islamic militant group affiliated with al Qaeda, out of central Mogadishu after years of bitter urban fighting.
But battles between the groups continue elsewhere in Somalia. And last week, the administration of U.S. President Barack Obama for the first time publicly stated that U.S. military forces are engaged in direct action against suspected terrorists in Somalia.

The biggest shifts happened outside the top 10 - mostly rankings of countries that experienced uprisings in North Africa and the Middle East last year. The worst decline was in Libya, which went from well outside the top 60 to No. 50 "as a result of civil war, a NATO-led campaign of airstrikes and the toppling of the (Gadhafi) regime," the Fund for Peace said.

Syria, where an uprising has endured for more than a year, registered the fourth-greatest single-year jump in the index's history (from No. 48 in 2011 to No. 23 in 2012).

Haiti, which jumped to the top 10 last year after 2010's devastating earthquake, is the list's sole Western Hemisphere representative in the top 10.