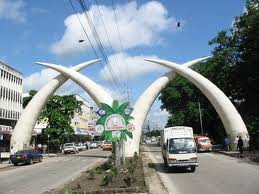 update on Kenyan police arrest Iranians suspected of terror plot
Nairobi - The US embassy in Kenya on Saturday warned of the threat of an imminent attack in Mombasa as Kenyan police arrested two Iranians on suspicion of planning bomb attacks."This is to alert all US citizens in Kenya, or planning to travel to Kenya in the near future, that the US Embassy in Nairobi has received information of an imminent threat of a terrorist attack in Mombasa, Kenya," a statement said."All US government travel to Mombasa is suspended until July 1, 2012."France's embassy in Nairobi also warned its citizens to be "extremely vigilant" in Mombasa and the surrounding area.

Top Kenyan police officials immediately made statements calling for calm."Police are working around the clock to guarantee security in Kenya," said Kenyan police commissioner Mathew Iteere.Police spokesman Eric Kiraithe told AFP:"There is no cause for alarm, security agents are ahead of events. We are even working with the FBI and other international agencies in this war."

The warnings came as Kenyan police said they had detained two Iranian nationals over suspected links to a terror network planning bombings in Mombasa and in the capital Nairobi.
="We are holding these two suspects, and they are being interrogated to establish their involvement in terrorism activities," said Aggrey Adoli, police chief for Coast province."They have been helpful, it is through them that we were able to find some chemicals which we believe is used to make explosives," he told AFP. The call to shun Kenya's second city is likely to further impact on tourism, a key revenue sector for the east African nation that only recently recovered from the violent fallout following the 2007 disputed presidential election.

Since it invaded southern Somalia in October 2011 to help oust Al-Qaeda linked Shebab insurgents, Kenya has seen a wave of grenade attacks and high-profile kidnappings of foreign tourists, blamed on the Shebab or their supporters.In May dozens were wounded when a home-made bomb exploded in a Nairobi shopping centre in May.In the same month, a restaurant in Mombasa was hit by a deadly grenade attack while two further separate attacks wounded at least eight people in northeastern Kenya.Last September gunmen seized a British couple -- Judith and David Tebbutt both in their fifties -- on holiday at a resort on the idyllic Lamu archipelago, killing David Tebbutt.His wife was captured and is believed to have been sold to pirates now holding her in central Somalia.Three weeks later, disabled Frenchwoman Marie Dedieu was kidnapped from her home on Manda Island and later died in captivity in Somalia.Briton Jermaine Grant, a Muslim convert, was arrested last year in Mombasa following raids to disrupt a campaign of planned terror attacks planned by the Shebab.He is accused of having links to Samantha Lewthwaite, the widow of a British bomber involved in the 2005 London bombings.H/.T 24.com

The remote hut where British publisher was murdered and his wife kidnapped... but was pirate gang tipped off by hotel worker? UK Special Forces are now joining the hunt for Mrs Tebbutt amid fears she has been taken by Al-Qaeda linked Al-Shabab.Kidnapped Briton possibly in Somalia.Kenyan police detain suspect over death, kidnap of Britons

Kidnapped wife kept on the move as she defies the killers by refusing food. Kidnapped Briton likely in Somali village