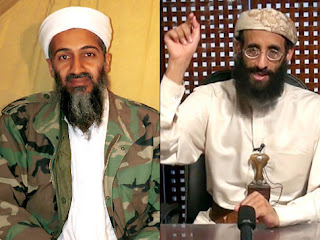 WASHINGTON - Osama Bin Laden's Al Qaeda is too busy playing duck and cover to carry out spectacular attacks, a new report has concluded.The effect of the past 2 1/2 years of drone strikes in the tribal areas of Pakistan has diminished the terror network's ability to do anything more than hide from the CIA's Hellfire missiles, the Center for Strategic and International Studies concluded in a new analysis released Tuesday."Al Qaeda core currently possesses the motivation for continued attacks but is constrained by a limited capability to operate independently," wrote the report's authors, Rick (Ozzie) Nelson and Thomas Sanders.Their conclusions were signed off on by Stephen Kappes, a legendary spy who retired last year as CIA deputy director.One example was the December 2009 suicide bombing that killed seven CIA officers in Khowst, Afghanistan - hometown of ex-CIA ally, Bin Laden pal and Taliban chief Jalaluddin Haqqani."Al Qaeda was forced to rely heavily on the Haqqani network and Pakistani Taliban for operational and logistical support," the authors revealed. "Affiliates now account for a larger share of attacks."The primary threats are now two Horn of Africa-based Al Qaeda franchises: Yemen's Al Qaeda in the Arabian Peninsula and its key ally across the Gulf of Aden, Somalia's al-Shabaab group, which has dozens of U.S. citizens in its ranks.

Al-Shabaab's "operating environment is expanding" and it is "better positioned than almost any other affiliate to actively cultivate homegrown extremism in the United States," the report said.With American cleric Anwar al-Awlaki emerging as an AQAP leader along with fellow American and "Inspire" propaganda writer Samir Khan, the terror group is "a concern for their potential to spur domestic radicalization," the report said.A rash of homegrown terror cases - many inspired by Awlaki - has left U.S. government officials struggling, since they have "fewer tools for targeting isolated self-starters," particularly those with clean records.
nydailynews.com

For those not familiar with Al-Shabaab: