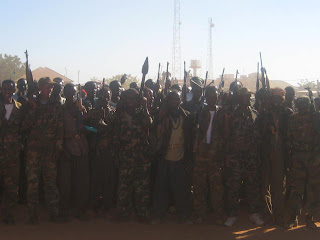 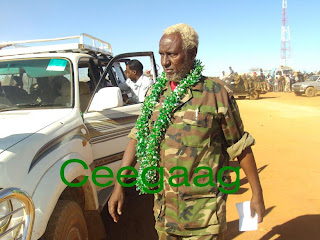 150 soldiers have defected from the army of Somalia's separatist region of Somaliland after citing 'clan massacres' in recent fighting, Radio Garowe reports.
Col. Ahmed Mohamed 'Dalba', leading 150 soldiers and 7 armed trucks, defected Somaliland's army and arrived in Buhodle district on Wednesday.
Col. Dalba, who spoke with BBCsaid he has been an army commander in Somaliland for the past 7 years. 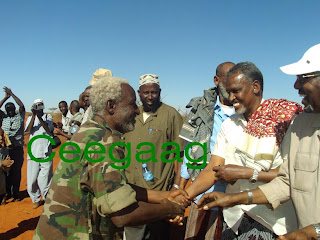 "Me and my unit decided to leave [Somaliland] after clan massacres were committed against Dhulbahante clan," said Col. Dalba, who belongs to Dhulbahante sub-clan of Harti clan.
Somaliland government officials have denied allegations of clan massacres, but Somaliland's army is dominated by soldiers from Isaaq clan, the only clan in Somalia which supports separatism from Somalia.
Last Monday, heavy fighting erupted between Somaliland troops and Dhulbahante clan fighters in Kalshale village over control of territory. At least 87 people were killed during the day-long battles.
Local sources reported that 150 armed soldiers, all belonging to Dhulbahante clan, defected from Somaliland army, along with their commander, Col. Dalba.
The defectors escaped with 7 armed trucks, 2 army transport trucks and 1 Toyota Land Cruiser used by their commander.
All the troops are now in Buhodle distri
ct, where anti-Somaliland forces have coalesced as Somaliland troops have brought more heavy weapons to the region.
Located in northwestern Somalia, Somaliland unilaterally declared independence from the rest of the country in 1991 but has not been recognized internationally.
There is growing violence in Sool and Sanaag regions, which Somaliland claims based on colonial-era boundaries, but local clans are violently opposed to Somaliland's separatist agenda.