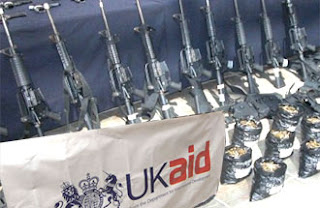 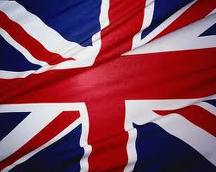 The armed clashes at Kalshaale between Sool, Sanaag and Cayn pro-union supporters and Somaliland’s pro-secession forces coincided with the publication in the Daily Telegraph of Wikileaks cables about UK ASSISTANCE TO POLICE SPECIAL PROTECTION UNIT AND COAST GUARD in Somaliland . “The UK is funding training to the Somaliland Special Protection Unit (SPU), a branch of the police force, at the level of GBP 375,000 (USD 600,000) in the current fiscal year and GBP 230,000 (USD 368,000) in the next.In order to increase the UK’s and international community’s ability to access Somaliland, the UK is providing training to the Somaliland Special Protection Unit (SPU), a branch of the police force.
The UK Ministry of Defense (MOD) personnel will focus the training on 450 police officers and will implement the training in three phases. Phase one, beginning in March 2010, will train approximately 40 officers in Ethiopia for five weeks.” wrote a Robin Quinville, a political counselor on 2/12/2010.
The British policy towards Somaliland is in sharp contrast with America’s dual-track policy of engaging the Transitional Federal Government of Somalia and autonomous administrations such as Somaliland, Puntland, Galmudug and Ximan iyo Xeeb .Before the publication of Wikileaks documents on Somaliland, the funder behind Somaliland forces being trained in Ethiopia was unknown. Prime Minister Meles Zenawi of Ethiopia pledged support for Somaliland security forces when Somaliland president, Ahmed Silanyo, paid a visit to Ethiopia last year.Britain hosts more than 200,000 Somali refugees and a large community of Somali-born British citizens . Pro-union and pro-secession communities constitute a large number of the Somali Diaspora in the United Kingdom. “ I believe the British government is not evenhanded in its support for people in what was known as British Somaliland.Has Somaliland made assurances that British aid will not be used for clan warfare?” asks Ali J. Hassan, a pro-union Somali from Sool region in northern Somalia. “We will write to our MPs to ask for clarification about the British taxpayers ‘money for Somaliland whose forces attacked peaceful civilians,” says Ali.
In another Wikileaks cable on Somaliland dated 8/8/2008 and posted on the Daily Telegraph website on 4/2/2011, political counselor Richard mills wrote: “ There is no evidence to indicate that HMG[ Her Majesty’s Government] will recognize Somaliland as an independent nation, especially with HMG officials focused on promoting a foreign policy that will help stabilize south Somalia and support the Djibouti Agreement.” The only flaw in this Wikileaks quote is that Djibouti Agreement was not existence in August 2008. Talks between Transitional Federal Government and a wing of the Asmara-based Alliance for the Re-liberation of Somalia were being organised.Foreign and Commonwealth Office faces the task of ensuring that British assistance for Somalia’s regions is not used for clan warfare.
Liban Ahmad libahm@gmail.com
Liban Ahmad is the author of Map of Confusion: Somaliland, Puntland and people of Sool region of Somalia (2006) and  regular contributor to terror free somalia
Take A Look At Writing on  the two Flags 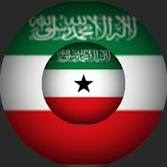 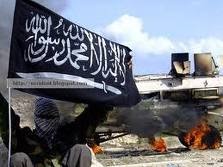