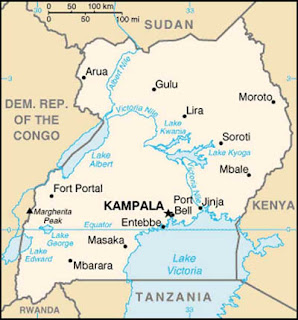 Kampala
Posta Uganda has put an embargo on parcels weighing over 500 grammes to the Unites States of America and Canada as a security measure against terrorism. The ban, that takes effect today, was communicated to the firm’s management by Uganda Postal Union, as precautionary demand by the USA government that controls about 50 per cent of world postal business.
The embargo follows the Al Shabaab terrorists’ twin bombings in Kampala which killed at least 76 people and injured dozens of others at Kyadondo Rugby Club and Ethiopia Village Restaurant last year.
A public notice pinned at Posta Uganda reads: “Dear customers, we regret to inform you that there is a temporary embargo imposed on postal mails destined for delivery to the US.” “This security measure is in response to heightened security threats to the USA from bombs sent as mail items.” the notice reads further.
Mr Mike Kigozi, the public relations officer of Posta Uganda confirmed the ban but declined to comment on the effects of the embargo. “We shall notify you when the embargo is lifted. Please accept our regrets for the inconveniences caused.” Media Programmes Assistant at the United States embassy in Kampala declined to comment referring Daily Monitor to the spokesperson Ms Joann Lockard who was not aware of the ban.
A source familiar with Posta Uganda operations said the courier firm might lose business of about two tonnes which is worth millions of Shillings. According to Universal Postal Union new guidelines, any parcel to the USA and Canada should have clear shipping documents from the country of origin indicating that they were screened.
Posta Uganda relies on scanners at Entebbe International Airport and of recent deploys sniffer dogs at its parcel section
Posted by Siad barre at 10:43 PM