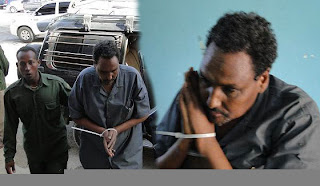 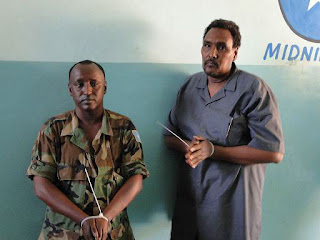 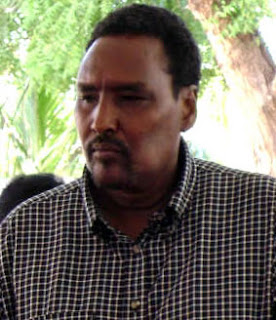 Press Release 008/2011
Mogadishu – 16 February, 2011 The Somali Government have arrested five who are suspected to be involved in Tuesday’s attack on Peace Festival in Mogadishu, in which three civilians and a soldier were killed.

The Government confirmed that the arrested suspects will be brought before justice as soon as possible. It has also stressed that this is one of the steps it is taking to end impunity in the country so that the citizens can live in peace and stability.

Source: Ministry of information of the TFG

MOGADISHU — Somalia's transitional federal government has arrested five people, including a powerful Mogadishu warlord, over a deadly exchange of fire at a pro-peace demonstration, an official said.

"As we had said we would, we have identified the culprits behind the indiscriminate shots fired on the peaceful crowd," Prime Minister Mohamed Abdulahi Mohamed "Farmajo" told reporters late Wednesday.
On Tuesday members of the Somali military opened fire on a group of several hundred demonstrators who had been marching from the presidential palace to protest against violence and to support peace efforts.
Three people were killed in the fire exchange between the soldiers and the security escorting the marchers. Sources said there had been disagreements between rival factions in the security apparatus over the demonstration, which some top brass had wanted to ban.Among the five arrested were Mohamed Omar Habeb, also known as Mohamed Dhere, a powerful warlord and a former Mogadishu mayor.Habeb was sacked by the government in early 2008 and has since been running a small security unit made up of gunmen from his Abgal clan.Defence Minister Abdihakin Mohamed Fiqi said the five would be charged soon over the shooting.AFP 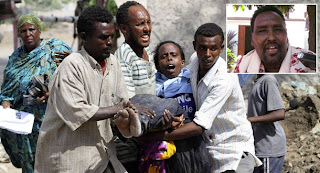 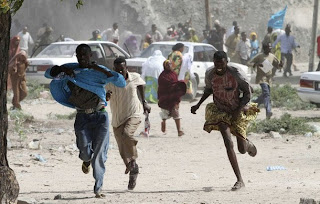 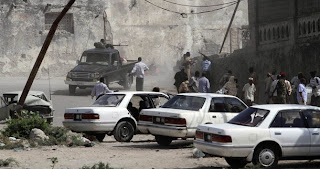 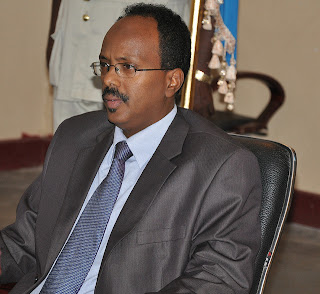 There's A New Sheriff In Town...