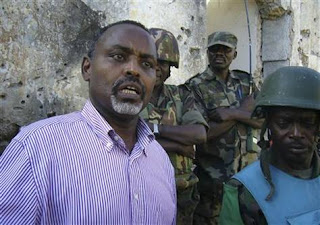 Mohamud Noor left his life in London to become the new mayor of Mogadishu, Somalia's capital, five months ago.  He told his family not to be surprised if he's killed on the job.

Mohamed Ahmed Noor is a Mayor who accepts that he could get killed on the job. Mogadishu, he says, is "in a coma".That's one of the milder things said about the Somali capitol these days, where government troops are fighting the rebels of al-Shabab. The Mayor grew up in the Somali capital but lived in England for many years. Leaving the bright lights of London for no lights in Mogadishu has some calling him an inspiration, though others might think it's flat-out crazy. Mohamed Ahmed Noor joins me from a stopover in Nairobi, Kenya.

Listen to our interview with the Mayor now