Right to Self-determination: Key to the Ogaden Crisis and Solution to the Horn of Africa 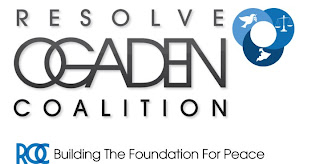 @ Resolve Ogaden Coalition
The people of the disputed Ogaden region of eastern Ethiopia have endured decades of devastating armed conflict and government repression. The appalling human rights violations and ongoing humanitarian crisis, however, have received little attention from the international community.

In the wake of Southern Sudan’s successful referendum, international community including the United States government can no longer ignore the plight of the Somali people of the Ogaden. The U.S. government must recognize that the armed struggle in the Ogaden is a quest for self-determination. It is a demand whose realization is long overdue and that can no longer be ignored. Until the right of self-determination is recognized, it will be impossible to build a functioning, secular, pluralistic, democratic, and just society in the Ogaden and in greater Ethiopia.

The long history of European involvement in the Horn of Africa fundamentally altered and disrupted the political and social stability of the entire region. The current crisis in the Ogaden is a direct consequence of ill-advised colonial European policies. In 1936, Italy – hoping to expand its East African Empire – invaded and occupied Ethiopia and the Ogaden region. In 1942, Great Britain restored Ethiopia’s sovereignty, but then in three stages occurring in 1948, 1954, and 1956, illegally transferred the Ogaden region to Ethiopia. British colonial administrators knew very well that the Ogaden was ethnically distinct from the larger Ethiopian population, with major social, cultural, linguistic, and religious differences and longstanding animosities.

In the nearly 70 years since the illegal transfer of the Ogaden, successive Ethiopian governments have adopted polices of political and social repression. The current Ethiopian regime headed by Meles Zanawi, who shamefully claimed 99.6% of the votes in the country's recent sham election, is no different from previous governments and has proven incapable of addressing and resolving the longstanding grievances of the Somali people of the Ogaden.

The current administration has practiced systematic terror, rape, mass imprisonment, and genocidal massacres, all with a purpose to intimidate the population and to suppress support for the Ogaden National Liberation Front (ONLF), which seeks independence for the seven million ethnic Somalis. Moreover, the current regime has failed to learn from the mistakes of its predecessors; in recent months, it has preoccupied itself with constructing fictitious “peace negotiations,” presumably to paint a picture of “peace and stability” in the region. The goal, however, is to mislead the international community, in particular, Chinese investors who seek to exploit and commercialize the region's oil and natural gas reserves.

Today, the conflict between the ONLF and the Ethiopian government has accelerated to an alarming magnitude. Credible human rights organizations, including Human Rights Watch, have repeatedly raised concerns over human rights violations committed by the Ethiopian armed forces and the government's policy of blocking international organizations from entering and providing aid to the millions in need. Recent satellite images illustrate the burning of entire villages by the Ethiopian government. Furthermore, tens of thousands remain displaced in neighboring countries, with no access to basic necessities. Hundreds of women and children have been abducted or raped. Thousands more children are conscripted into government-sponsored militias called Liyu police, with the sole purpose of further terrorizing and destabilizing the region.

First, the U.S. government must condemn the inhumane actions of the Ethiopian government, and pressure the Ethiopian armed forces to halt military operations in the region. At the same time, the U.S. should urge the government to lift the economic and humanitarian blockade in the Ogaden. In addition, the Obama administration must recognize the legitimate grievances of the Somali people of the Ogaden and support the right of self-determination for the people of the Ogaden, in the same manner in which the U.S. supported the successful and peaceful secession movement in South Sudan. The successful resolution of the South Sudan / North Sudan conflict is proof to all skeptics that the international community and the people of Africa are capable of correcting the wrongs done and standing for justice and self-determination. It would be hypocritical and immoral for the U.S. government to fail to apply to the human tragedy and injustice in the Ogaden the same policies that it followed with regard to South Sudan.

Resolve Ogaden Coalition strongly believes that a peaceful and democratic Ogaden is in the best interest of the United States and the international community at large. Much of the greatness of the United States is its commitment to protect human rights and personal freedoms. It is essential that the Obama administration spearhead the international community in resolving the longstanding conflict and correcting the injustices in the Ogaden. As Dr. Martin Luther King said, “Injustice anywhere is a threat to justice everywhere.” The injustice in the Ogaden can no longer be ignored; swift action and policy change is urgently needed, so that the children of the Ogaden can finally live the lives of which their parents have only dreamt.

Resolve Ogaden Coalition is a national nonprofit organization devoted to developing and maintaining a just and lasting solution to the longstanding conflict in the Ogaden region through the implementation of comprehensive policies that ensure the development and protection of the socioeconomic, political, and human rights of the region.

http://www.resolveogadencoalition.org
Posted by Unknown at 6:29 PM