A suicide bomber has detonated an explosives-laden car at a police station in Mogadishu, killing at least eight people and wounding 35. 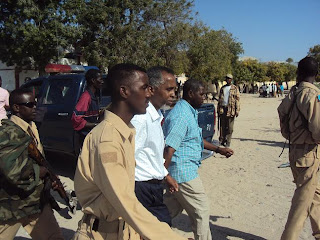 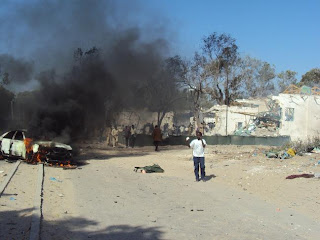 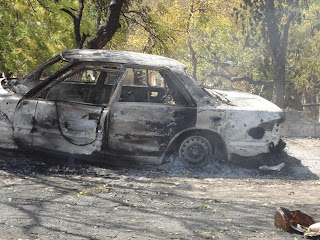 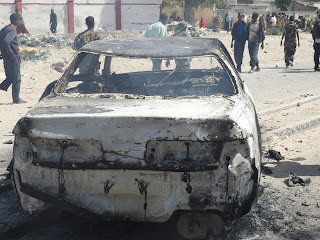 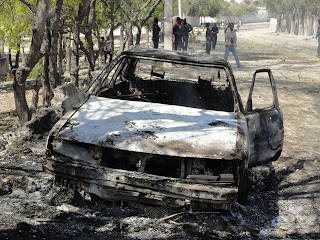 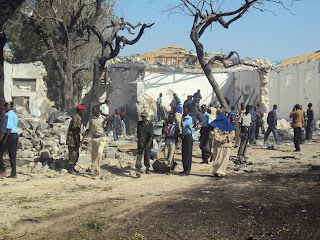