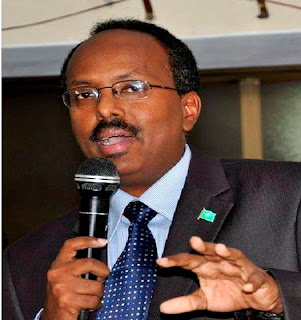 MOGADISHU (tf.sf) – Mohammed Abdullahi Mohammed better known as Farmajo, the prime minister of Somalia called an end the new clashes started in north of the country. Somali TFG government regrets about the new clashes between the Tribal Entity one clan secessionist Somaliland forces and SSC Somali Unionist Army clash in northern Somalia town of Kalshale just outside of Buuhoodle district of Sool region in northern Somalia, a statement from the office of the prime minister said on Tuesday. Somali government is very sorry about the civilian casualties including deaths and injuries caused by yesterday’s clashes in north of the nation, the statement read. Ultimately, the transitional federal government of Somalia hailed all warring sides in the village of Kalshale to stop fighting and do favor for civilians. On Monday, at least 75 people have been killed and more than 35 others hurt in clashes between Somaliland military forces and local clan militias that took place in just outside of Buuhoodle in Sool 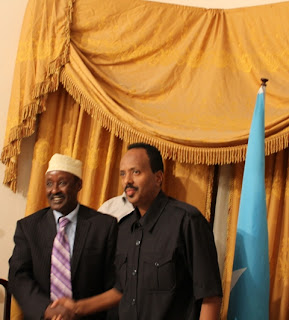 Mohammed Ahmed Alin, the president of Galmudug state, a self styled administration in southern Galka’yo, on Tuesday met with Somali president, Sheikh Sharif Sheikh Ahmed and his prime minister Mohammed Abdulahi Mohammed Farmajo in the Somali capital Mogadishu. The meeting, which Somali TFG leaders and Galmudug president held in Mogadishu, has been, focused the latest developments about the drought situation that hit many region in south-central Somalia. After the meeting, Mohammed Ahmed Alin, the president self designated administration of Galmudug has told reporters that he talked with Somali transitional federal government leaders about the the cooperation with the two authorities. Mr. Alin added that the drought and people who affected by the drought were also mooted during the special meeting with TFG leaders. He said he and Somali premier have agreed to cooperate together and TFG to act quickly to help Somalia’s droughts affected people. 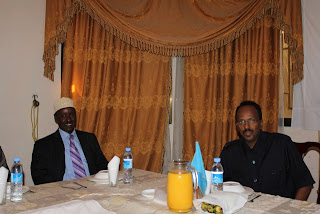 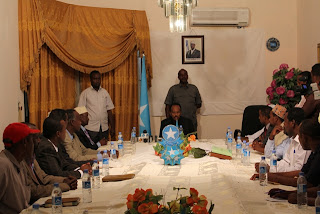 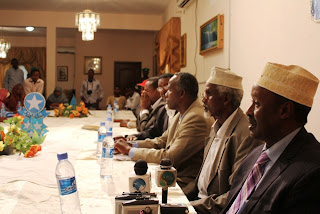