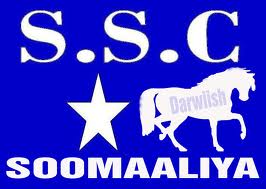 The Transitional Federal Government of Somalia

The United Nations
The European Union
The Arab League of Nations
Organization of Islamic Conference
The African Union
Inter-Governmental Authority on Development (IGAD)
The Somali Public in general.

We would like to bring to your attention to additional crimes against humanity committed by the militia of the so called Somaliland administration against innocent pastoral nomads near Kalshaale and urban civilians in Las Anod. These inhuman actions against SSC people had been unremitting and continuous for over three years. In this month alone, there were seven incidents. This proves Somaliland’s earlier commitment of ethnic cleansing of non-Isaaq tribes in north Somalia. About three weeks ago Silanyo has issued a circular in which he decreed the confiscation of Kalshaale valley for military purposes. The SSC people are not part of Silanyo’s administration. Therefore, this is bullying land from SSC regions and handing over to his sub-clan.
(30 January) Mr. Silanyo’s militia has attacked and overrun a nomadic community near Kalshaale of Cayn region, killing four, taken eighteen hostages and wounding five, some very seriously. (31 January) civilians in Las Anod organized a peaceful demonstration in protest against what the Isaaq militia did in Kalshaale . In reaction, the occupation militia used excessive force. They outrageously fired on the crowd killing two, wounding eight and imprisoned more than 100 innocent civilians including women and children (SSC). on monday feb seven 2011  Somali Unionist army  area .Forty people were killed and 75 others wounded as Somaliland troops attacked local clan members in the disputed village of Kalshale, located in the province of Sool,
Today we learned that the occupation forces have also attacked Xarar-Daayeer and Waqdari, south of Las Anod.Moreover, internally displaced people fleeing from the hostilities are increasing in numbers.The SSC administration condemns these inhuman engagements of Silanyo administration against our people and request strenuous and determined support to prevent further annihilation in Sool, Sanaag and Cayn.Speaking to the Somaliland parliament, Ahmed Mohamoud Silanyo, the president of the Somaliland administration, talked about the clashes in the Buuhoodle district Northern Somali Unionist Region of Somalia.Tribal Entity secessionist warlords  Silanyo  Declare war against   innocent civilization

We demand immediate national and international intervention to stop eradication of SSC people from their lands. We stipulate intervention from the international community and from Somali people in this grave and grim situation﻿
Posted by Siad barre at 7:22 AM