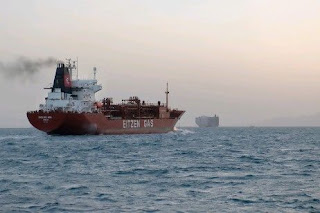 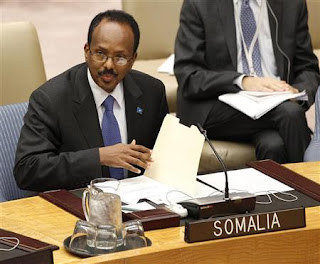 Somali Islamists could grab tankers for attacks: PM
Well, it looks like he's right on the money
Osama bin Laden and other senior al Qa'eda leaders hatched a plan to hijack oil tankers and blow them up at sea, with the aim of harming the US economy through resulting sky-high oil prices, Washington has disclosed.The plot was in its infancy when discovered by US operatives in recent weeks. Nevertheless, the country's Federal Bureau of Investigation (FBI) and homeland security department have alerted the energy industry to the development."We are not aware of indications of any specific or imminent terrorist attack plotting against the oil and natural gas sector overseas or in the United States," Matthew Chandler, the homeland security spokesman, said on Friday. "However, in 2010 there was continuing interest by members of al Qa'eda in targeting oil tankers and commercial oil infrastructure at sea."The plot was outlined in documents seized from bin Laden's last hideout during the May 2 Navy Seals raid in Pakistan in which the al Qa'eda leader died.Analysts suggest the terror group was seeking to emulate the tactics of Somali pirates, who have used small boats to seize vessels as large as supertankers.While the pirates hold the cargoes and crews of captured vessels for cash ransom, security experts have long worried about the potential for an accidental explosion aboard a hijacked tanker filled with inflammable petroleum fuels or chemicals. Those concerns were highlighted early last year when two groups of pirates got into a shoot-out while arguing over the ransom for the MV Maran Centaurus, a Greek supertanker seized off the coast of Somalia while carrying a cargo of crude to the US.

Heightened safety and security concerns have already forced up insurance rates for tankers sailing through pirate-infested waters and led to the opening of new naval bases near bottlenecks such as the Strait of Hormuz. The UAE opened an additional naval base last year in Fujairah.
"The spiralling piracy problem in Somali waters has increasingly become a global problem, endangering the passage of cargo between the Indian Ocean and the Red Sea, and ultimately the Suez Canal, through the breakdown of security in the Gulf of Aden," Samuel Ciszuk, the senior Middle East energy analyst at IHS Global Insight, said in a research note last month."Keeping the Arabian Sea shipping lanes open is key to global energy security and hence very important for the Gulf states, especially [now] when unrest has spread in the Middle East and North Africa and raised crude prices significantly," he added.On April 2, a UAE naval expeditionary force boarded and freed the MV Arrilah-I, a bulk carrier hijacked by Somali pirates a day earlier in the Arabian Sea off the coast of Oman. The ship, owned by units of Abu Dhabi National Oil Company, was en route from Australia to the Dubai port of Jebel Ali.Maintaining open seaways was a double imperative for the UAE because of its oil exports and because Dubai, in particular, had become a global trade hub, Mr Ciszuk said.Terrorist threats to oil infrastructure are nothing new, with pipelines especially becoming easy targets for disaffected groups and individuals of all sorts.Even largely peaceful nations such as Canada have not been immune to such sabotage attacks in recent years.High-profile maritime explosions, however, could pack a publicity punch out of all proportion to the actual amount of oil likely to be destroyed. The environmental impact of oil spilling from a tanker scuttled close to shore could also be devastating for fisheries and other coastal industries such as tourism, and could threaten the water security of arid Gulf states that depend on desalination."This has been a possibility on everyone's minds for some time now," Bill Box, a spokesman for the International Association of Independent Tanker Owners, told the Associated Press. "Everyone is aware of what might happen."The US has for years warned an attack in a narrow waterway such as the Gulf's Strait of Hormuz would immediately send oil prices higher.Crude prices have already risen sharply this year as political unrest in Middle East states including Egypt, Yemen, Bahrain and Iran have sharply increased the risk of disruptions to shipping through the strait and the Suez Canal. Next page
Al Qaeda Incorporated: Terrorist franchise stronger than ever
Continue reading on Examiner.com: Al Qaeda Incorporated: Terrorist franchise stronger than ever - National Geopolitics | Examiner.com http://www.examiner.com/geopolitics-in-national/al-qaeda-incorporated-terrorist-franchise-stronger-than-ever#ixzz1N5OQCSmv