Millions of Dollars missing from Somali Treasury. An official at the office of Prime Minister Farmaajo said the missing millions of dollars are part of finances acquired by the interim government during 2009-2010 fiscal year,Before he became Prime Minister 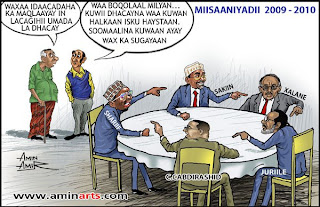 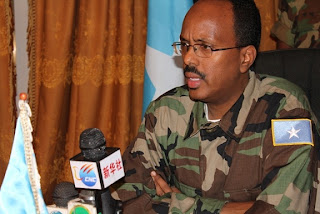 Thanks to somali pm  Prime Minister Mohamed Abdullahi (Farmaajo)for setting up the Anti corruption committee, it has now been revealed that between 2009-2010. There has been 300 million dollar missing from the Somali goverment

Nairobi, Kenya (tf.sf) - The Somali treasury is missing a whooping USD300 million following revelations from the office of the Prime Minister Mohamed Abdullahi (Farmaajo) which indicated high level corruption within the interim institutions of the beleaguered Transitional Federal Government of Somalia.


An official at the office of Prime Minister Farmaajo said the missing millions of dollars are part of finances acquired by the interim government during 2009-2010 fiscal year, much of which were unaccounted for by Somalia’s the ministry of finance.
Abdirizack Haaji who is the head of finances at the office of the premier revealed how the Somali government has lost huge sums of money that it received as grants as well as revenues from Mogadishu airport and port.
The official indicated that most of the money was received by the Central Bank of Somalia following agreements with several governments including the USA, China, Libya, Rwanda, Oman, UAE and Sudan.
Speaking to the BBC Somali service the official added that the Somali government acquired more than USD311 million during the said period, however the government treasury could not account for the public finances expect only for a meager USD33million.
According to the official, in 2009 the Somali treasury collected as revenues about 11,529,000USD from the port of Mogadishu but the government treasurey could account for some six million dollars as port revenues.
The official said the amount of money missing so far and which the treasury is yet to account for gives a huge discrepancy that will have a profound impact to Somalia’s moribund economy.
The Somali treasury will have to explain where does the money went, a financial expert who sought anonymity told Hiiraan Online late on Sunday, as top officials of the TFG are yet to give statements over the state of the public finances.
The current revelations indicates a high profile corruption within the interim institutions as the cash-strapped authority of President Shariif struggles to maintain law and order only in the capital Mogadishu as the government fails to provide essential services to the troubled civilians.
It is not yet known why this government official has decided to blow the whistle at this point in time. Over the past few years, there has been widespread allegation of grand corruption within the interim institutions.
In recent years Somalia remained rooted to the bottom of the global corruption index. The country lacked an effective central government since 1991 when President Siad Barre was thrown out of power by a popular uprising.
The 2010 Corruption Perceptions Index (CPI) from a Berlin-based watchdog rated Somalia, with a score of 1.1 out of 10, as the world’s most corrupt nation.
Posted by Siad barre at 1:15 PM