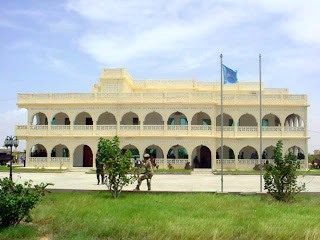 update on Africa Oil war has impacted communities in Galgala, Balanbal and places in the Ogaden
(PuntlandNews  TF.SF)Africa Oil announced its financial and operating results for the three months ended March 31, 2011.
Highlights and accomplishments during the first quarter of 2011 included:
Keith Hill, President and CEO, commented, "Africa Oil continued to add highly prospective exploration acreage to its portfolio during the first quarter of 2011. Exploration activities continued throughout the quarter with FTG, 2D seismic and drilling preparations continuing on multiple blocks. The Company is very well financed, has a well diversified exploration portfolio and reputable joint venture partners. We are looking forward to the commencement of continuous drilling in 2011."Rigzone
Posted by Siad barre at 4:27 PM