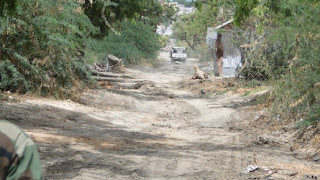 “Today the military forces launched new operations and fortunately they realized remarkable victory by seizing Bakaro junction which is very important area” the commissioner said as he hosted local and international reporters to the frontline to show the captured bases.Residents in Hodan district told RBC Radio that early on Saturday morning the government forces with AMISOM infantry were seen approaching the market which is biggest commercial centre in the capital Mogadishu.


Al-Shabab officials have not yet commented on the issue as local unnamed sources said that some of Al-Shabab fighters begun to withdraw from many of their stronghold bases near the market. 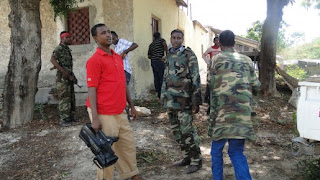 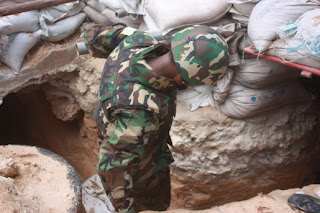 Somalia official looks inside Al-Shabab bases
Somali government captures Kudhaa Island
Somali government forces have seized Kudhaa Island, a strategic hideout for Al Shabab, which is 130 km west of the key port city of Kismayo.Somali government army official, Mohamed Hasan Bule, told terror free somalia, on Friday afternoon the island is currently under their control, adding that they captured weapons and armed vehicles from the fleeing Al Shabab militias.Bule added that the defeated militias of Al Shabab disappeared into the thick forest, and vowed to chase them out of the island.
A resident in Kudhaa island who requested to remain anonymous, told Bar-kulan that government ambushed the town, and managed to capture it in a short period of time, thus leaving minor casualties and no civilian fatalities.Al Shabab militias have recently lost many key cities which border Kenya and Ethiopia, and the frontline against the militias has now moved close to Kismayo, the provincial capital of the Lowe Jubba region.
Posted by Siad barre at 9:37 AM