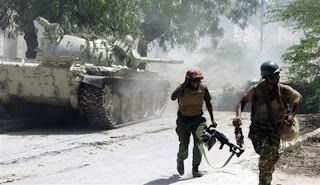 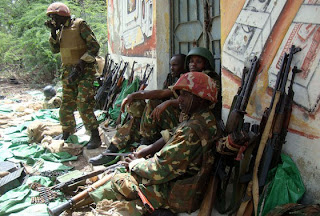 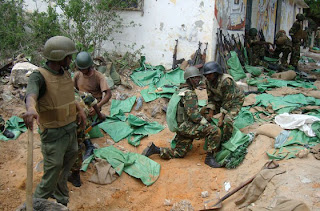 Several insurgent fighters have surrendered to advancing government soldiers who are now on the southwestern side of the main Bakara market, a key stronghold and a source of revenue of Al Shabaab militant group.
Somali government officials have extended amnesty previously offered to Islamist rebel fighters who gave themselves up to government troops and AU forces. Government commanders said that the offensive will continue "until all of Somali territory under rebel control was freed." 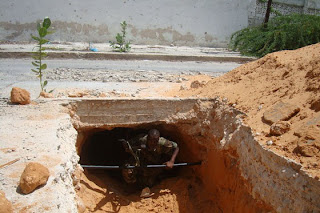 Somali government forces backed by AU peacekeepers have lately been making steady progress against rebel forces in the capital Mogadishu and in parts of the southern provinces where a number of key towns and villages were recaptured from radical group of Al Shabaab. 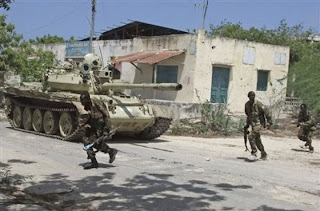 A number of people including combatants from both warring sides as well as civilians were reported to have been either killed or injured in the latest confrontations in the Somali capital which is part of a major government offensive aimed at driving rebel forces from areas under their control in Mogadishu and southern and central provinces.
Families have fled from Islamist controlled part of the capital particularly in and around the Bakara market where government troops and AU peacekeepers have been advancing of late as part of the military offensive against Al Qaeda affiliated Islamist insurgent group. 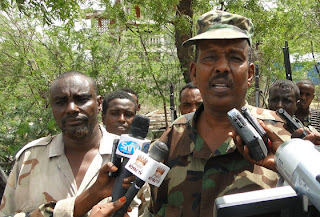 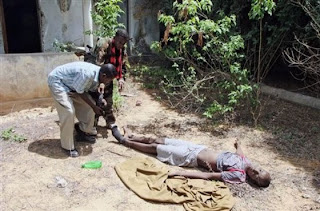 Somali government launched the current offensive in February vowing to drive the Al Qaeda affiliated rebel forces were driven all areas under their control in south and center of the country including the capital Mogadishu. 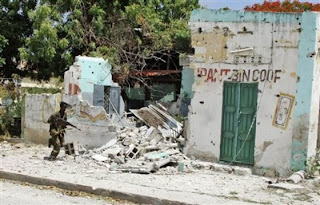