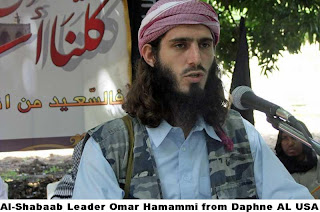 Elders in Bal'ad district in Middle Shabelle region have accused the militant Islamist group al-Shabaab of torturing innocent civilians in the district prisons who were illegally detained by the militant group.

Speaking at a secret gathering inside Bal'ad district, one of the elders who spoke to Terror Free Somalia on the condition of anonymity said that al-Shabaab has in the past few days apprehended more than ten people accused of violating Sharia law as well as cooperating with the Transitional Federal Government.

The elder said armed militias from al-Shabaab were seen arresting innocent and nomadic people in the remote areas of the Middle Shabelle region in the past few days.

In addition, other civilians also faced arrest and crackdown from al-Shabaab fighters, according to the elder.

"Business people and the most vulnerable are the main recipients of torture from al-Shabaab, because they want money from businessmen and women who refused to support them," he complained.

Seven people have been released from Bal'ad prisons this week after pressure from the elders.

"There are scars and beatings on the skin of the people we managed to get released," the elder said.

Al-Shabaab leaders have recently vowed to strengthen their presence in the areas under their control since the government launched massive military operations in Gedo region and the capital Mogadishu last month.
Al-Shabaab controls much of southern and central Somalia and a chunk of Mogadishu, but has recently lost ground during fierce battles against the government backed by forces from African Peacekeeping Mission in Somalia (AMISOM).