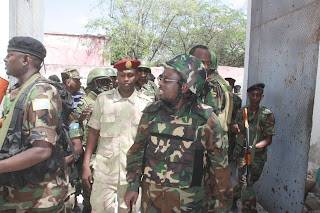 Mogadishu -Somali president, Sheikh Sharif Sh. Ahmed who has visited frontlines today in Hodan district in the capital, Mogadishu today, told that it was the time to remove Al-Shabab and Al-qaeda from whole Somalia, reports said. 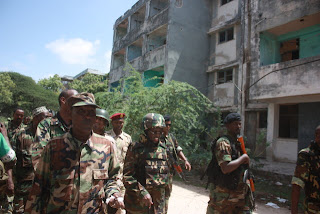 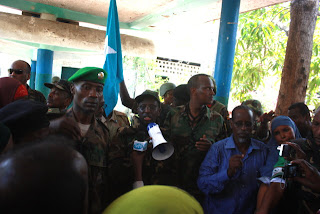 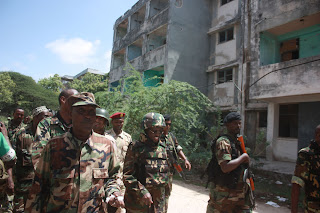 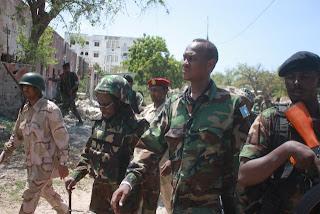 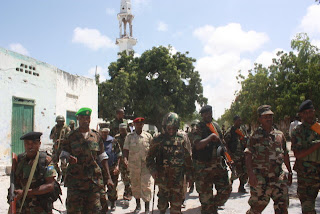 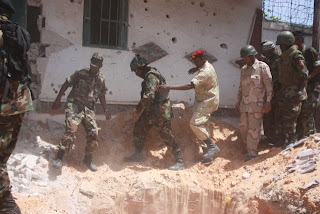 He told that the fighting would continue until they would remove terrorist group of Al-shabab and urged government soldiers to keep discipline and not harm civilians living where they free from Shabab. 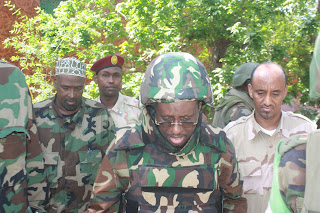 President Sharif congratulated Somali national forces on the continues victories over the war they are gaining day after day and sent condolence message to relatives of dead soldiers among government forces and begged the injured for quick recovery. 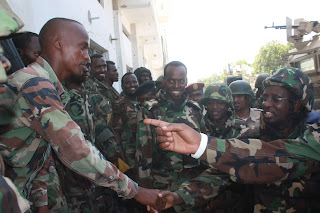 President Sharif’s visit to the warring zones today was accompanied by some ministers including minister of defense, A/hakin Haji Fiqi 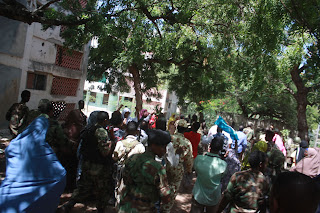 This is not the first visit that Somali president, Sheikh Sharif pays to the warring zones.