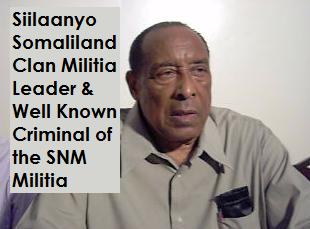 update on Somali-land an illegal entity being created by a particular clan (Isaaq) in order to serve personal interests, and as a proxy being used by foreign powers (mainly Ethiopia) in order to keep Somalia divided and weak

Secessionist Government officials  commerce ministry confirmed the kidnap but declined to give further comments.
Junior officials at the oil facility who requested to remain anonymous corroborated the government line. “Government officials and policemen visited us in the morning. After a short while they drove away with the general manager, chief accountant and his drivers. No explanation was given,” explained a junior official.

On Monday evening the office of the president withdrew Total’s license to operate the storage facility citing among others the existing agreement was not comprehensive and was not ratified by the parliament as stipulated by the law. It also added, as per the agreement, Total failed to carryout repair and maintenance on the oil storage facilities.

“Total is in breach the agreement with Secessionist Somaliland when it sold the oil and its other products to external parties without getting consent from the government ...a technical committee has been set to temporarily run the operations of the facility,” said One-Clan Secessionist Enclave Somaliland Foreign Minister Abdillahi Omar while speaking to reporters.

The government move has raised skepticism among some members of the business community who feared this action might scare foreign investors which Somaliland greatly needs. They also said since a proper exit strategy for Total was not put in place it could potentially lead to fuel shortage which will negatively impact on the economy and livelihoods of the local communities.

Some people also doubted the government assertion that due process will be observed while choosing a competent company to take over from Total. “The government keeps talking about attracting investors but this action doesn’t help that. Also if fuel shortage occurs as a result it would affect everything including the air transport which we depend to important commodities,” said Hassan Mohamud, a local fuel dealer.

However, Adan Ahmed Director of Commerce tried to dispel this fear by emphasizing that Total’s role for the last two and half years were confined to only storing oil. “Total was not involved in fuel importation that ceased. We have main importers of fuel who have been using the Total facility...so I don’t see any fuel shortage.”
Total Mer Rouge SA’s took over management of Berbera port’s oil-storage facilities in January 2000 during the reign of the late illegal entity clan  president Mohammed Egal. It was the sole importer and distributor of oil in Somaliland until 2009 when under the rule of the former president, Dahir Kahin, the oil industry was liberalized and the local dealers allowed to import oil.
Ethiopia based TOTAL Mer Rouge was sold by its French parent company TOTAL SA last year. , One-Clan Secessionist illegal entity seceded from Somalia in May 1991 when the former ruler, Honourable Siad Barre was forced out of power. Last week it marked twenty years since the separation from Somalia and has been enjoying relative stability and made democratic gains.  H/T
Some backgroundsecessionist Somaliland enclave smuggling illegal weapons terrorist organizations included shabaab